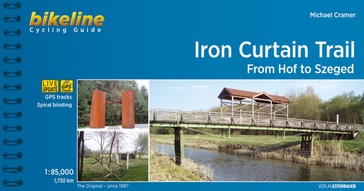 The Iron Curtain divided the continent into East and West and extended from the Barents Sea through Europe to the Black Sea - a distance of 10,000 kilometres. Until the peaceful revolutions in Eastern Europe, it was the physical and ideological border between two mutually hostile blocs. It did not just divide many neighbouring states, but also divided Germany into East and West. Few things remain of the former death strip today. The few relics that are still there remind us of our past but no longer separate us.
Therefore, it is imperative to make the memories visible! We know that there is little in the way of shared memories between the West and the East, that the experiences of Europeans east and west of the border differ, not least because their perspectives were often shaped completely differently depending on the official policy in both parts of Europe. The Warsaw Pact countries were set up with the goal in mind of "protection against the class enemy". For the West, the East represented a lack of freedom in real socialism. Visible memories already exist with the "Berlin Wall Trail", which has been signposted since 2001 by the Berlin Senate and made with cyclists in mind. To compliment the various stops along the former Wall, the "Berlin Wall History Mile" was launched, a permanent exhibition with artistic designs of the crossings in four languages ??(German, English, French, Russian), with about 30 panels detailing the history of the division of Berlin, the Wall construction and when it came down. Photographs and short texts describe events that took place at each location. The "Berlin Wall Trail" became part of Berlin’s tourism program and is the first project that combines soft tourism and city tourism. In Berlin you can experience history, politics, nature and culture.