An intriguing collection of more than one hundred out-of-the-ordinary maps, blending art, history, and pop culture for a unique atlas of humanity 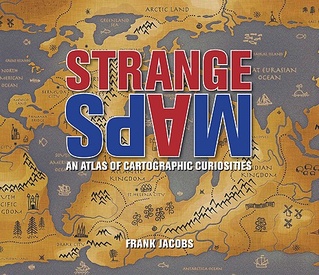 An intriguing collection of more than one hundred out-of-the-ordinary maps, blending art, history, and pop culture for a unique atlas of humanity. Spanning many centuries, all continents, and the realms of outer space and the imagination, this collection of 138 unique graphics combines beautiful full-color illustrations with quirky statistics and smart social commentary. The result is a distinctive illustrated guide to the world. Categories of cartographic curiosities include: a[ Literary Creations, featuring a map of Thomas More's "Utopia" and the world of George Orwell's "1984"

Cartographic Misconceptions, such as a lavish seventeenthcentury map depicting California as an island

Political Parody, containing the "Jesusland map" and other humorous takes on voter profiles

Whatchamacallit, including a map of the area codes for regions where the rapper Ludacris sings about having "hoes"

Obscure Proposals, capturing Thomas Jefferson's vision for dividing the Northwest Territory into ten states with names such as Polypotamia and Assenisipia

Fantastic Maps, with a depiction of what the globe might look like if the sea and land were inverted

The Strange Maps blog has been named by GeekDad Blog on Wired.com "one of the more unusual and unique sites seen on the Web that doesn't sell anything or promote an agenda" and it's currently ranked  on Technorati's Top 500 Blogs.

Brimming with trivia, deadpan humor, and idiosyncratic lore, "Strange Maps" is a fascinating tour of all things weird and wonderful in the world of cartography.